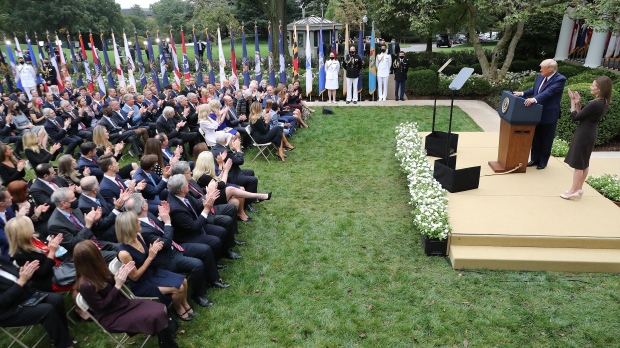 The U.S. Labour Department announced in a news release Tuesday night that Secretary Eugene Scalia’s wife, Trish, has tested positive for coronavirus. The announcement said that Eugene Scalia has tested negative so far but will work from home “for the time being.”

Both Eugene and Trish Scalia attended the Rose Garden event where President Donald Trump announced Judge Amy Coney Barrett was his pick to replace Justice Ruth Bader Ginsburg on the Supreme Court. They were seated in the second row, directly behind first lady Melania Trump and next to former White House counselor Kellyanne Conway — both of whom would later test positive for Covid-19.

“This evening, Secretary Scalia received a test and the results were negative; he has experienced no symptoms. The Secretary and Mrs. Scalia will follow the advice of health professionals for Trish’s recovery and the health of those around them. For the time being, the Secretary will work from home while continuing to carry out the mission of the Department and the President’s agenda.”

It’s not clear if Trish Scalia contracted the coronavirus at the Rose Garden event. Her positive test comes more than two weeks after the event, but it’s unknown when she was last tested. The virus’ incubation period can be as long as 14 days.

At least 12 people — including Trump, the first lady and Conway — have tested positive for COVID-19 after attending the event on September 26. Republican Sens. Mike Lee of Utah and Thom Tillis of North Carolina — who sat three seats apart in the second row during the outdoor ceremony, separated by other senators — both later tested positive, as did former New Jersey Gov. Chris Christie. The president of the University of Notre Dame, where Barrett teaches, was also diagnosed with coronavirus after he sat three seats away from Conway and right behind the nominee’s young children at the event.

While part of the day’s events were held in the Rose Garden, there were also smaller, private gatherings inside the White House that did not include the mask-wearing or social distancing that public health experts have advised is essential to stopping the spread of the virus.

Dr. Anthony Fauci, the nation’s top infectious disease expert,  called the Rose Garden ceremony a “superspreader” event last week. Noting that many people at the event were not social distancing or wearing masks, “the data speak for themselves,” he said.

The DOJ is suing Melania Trump's ex-friend for publishing a tell-all about her time at the White House, saying she breached an NDA

Donald Trump has turned the White House into a bribe factory

Fire safety key in the kitchen 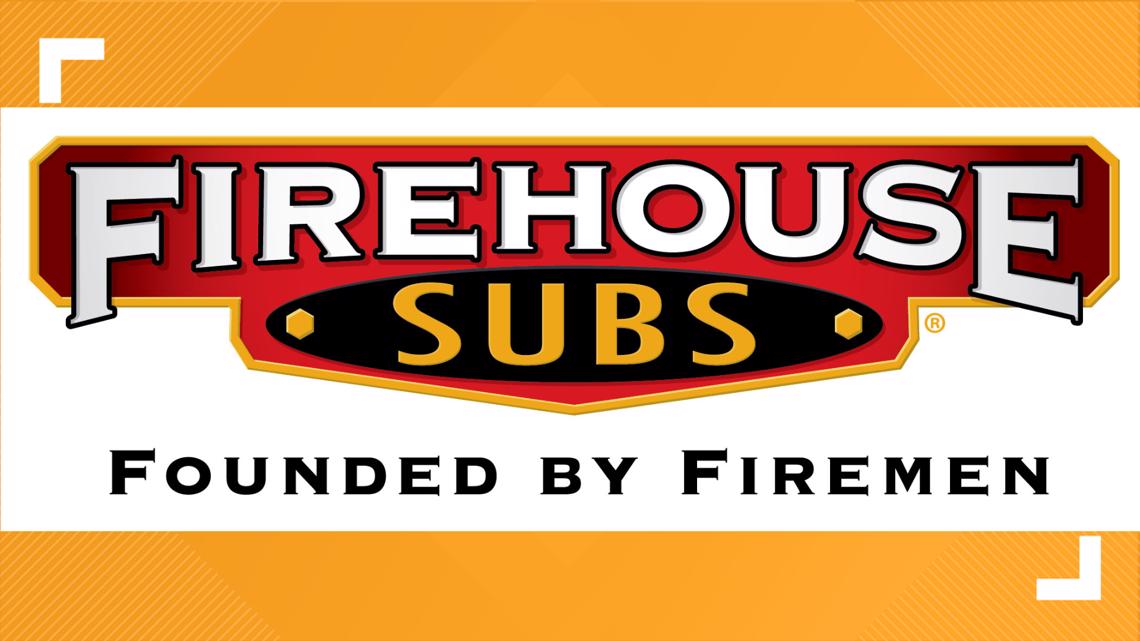 In the Virtual News 2 kitchen with Firehouse Subs