Good morning. For the remainder of election season, First Thing will be dedicated to covering the biggest stories from the campaign trail – and some smaller but no less relevant ones from off the beaten track. But today’s headline news is unavoidable…


A still-contagious Donald Trump returned to the White House from Walter Reed military hospital on Monday evening, and immediately removed his mask for a photo op on the Truman balcony, where he appeared to be short of breath as he posed for cameras. In a campaign video shot moments later, however, the president insisted he was “better” following three days of hospital treatment for Covid-19 – and perhaps even “immune” to the disease.

© Photograph: Erin Scott/Reuters
Trump removes his mask to pose on the Truman balcony.


Trump’s reported desperation to leave hospital and get back to campaigning while still in the throes of the illness is a sign of his willingness to sacrifice anyone – even those closest to him – to spare himself the humiliation of a one-term presidency, writes Julian Borger: “He has produced a toxic workplace to the point of potential lethality.”

Trump’s team and the wider world might have hoped the president would learn something from his personal experience of the virus, writes Francine Prose:

We’d like to believe that suffering instructs and ennobles; that our grief, fear and pain increases our sympathy for the grief, fear and pain of others. But again, Donald Trump seems to be ineducable, impervious to shame, guilt, or any sense of personal responsibility, unaffected by anything except vanity, selfishness and reckless self-regard.

The administration’s top coronavirus expert, Dr Anthony Fauci, warned on Monday that Trump was “still early” in the potential progression of Covid-19, and that the president could yet suffer a “reversal”. Doctors at Walter Reed also explained that although Trump had met the criteria for discharge, he was “not yet out of the woods”.

In the same interview with CNN, Dr Fauci said he suspected that Trump’s condition had improved thanks to an experimental antibody cocktail from the drugmaker Regeneron, which is yet to be approved by the FDA but was administered to Trump on “compassionate” grounds.

A recent poll found that two in three people believe Trump bears some personal responsibility for having caught the coronavirus. Appearing at an NBC television town hall event in Miami on Monday night, Joe Biden said he agreed with them. “Anybody who contracts the virus by essentially saying, masks don’t matter, social distancing doesn’t matter, I think is responsible for what happens to them,” the Democratic nominee told Lester Holt.

I would hope that the president having gone through what he went through – and I’m glad he seems to be coming along pretty well – would communicate the right lesson to the American people. Masks matter. These masks, they matter. It matters. It saves lives. It prevents the spread of the disease.

A vice-presidential debate with the highest of stakes

Mike Pence has tested negative for Covid-19, and the coronavirus protections will be even stricter at Wednesday’s vice-presidential debate in Ann Arbor than they were at last week’s clash between Trump and Biden, with Pence and his opponent, Kamala Harris, to be separated by plexiglass barriers.

Yet the virus will nonetheless be unavoidable at an event featuring two running mates whose readiness to take over the top job is more relevant than ever, writes David Smith. Trump’s infection has raised the question of whether Pence might have to assume the presidency before 3 November. And there is widespread speculation that Biden, who will be 78 by inauguration day, intends to be a one-term president and pass the torch to Harris in 2024.

In other election news…


Stat of the day

At least 30 people have now tested positive in the Trump Covid-19 outbreak, by Politico’s count – including at least 11 people who helped to put on the presidential debate in Cleveland, and three members of the White House press corps.

At Wisconsin’s April primary, more than 79,000 mail-in ballots arrived after election day and were only counted thanks to a court order. in 2016, Trump won the state by just under 23,000 votes. Sam Levine reports on the legal battles over voting in states across the US, and how they could still affect the outcome in November.

View from the right

Trump seemed to think returning to the White House and removing his mask would project strength, the anti-Trump Republican Tim Miller writes for The Bulwark. Instead, it was just plain weird.

A madman, his face pancaked under a 2mm coat of orange powder, jacked up on steroids, straining to breathe—and not caring a whit about those around him.

Last Thing: the art of the Trump era

Trump’s presidential term has inspired a vibrant array of art and pop culture, not all of it complimentary. Guardian writers reflect on examples from architecture to comedy, while Nadja Sayej reports on a new auction by top artists to raise funds for the Biden campaign.

First Thing is delivered to thousands of inboxes every weekday. If you’re not already signed up, subscribe now.

Video: Trump appears to struggle to breathe on walk to White House 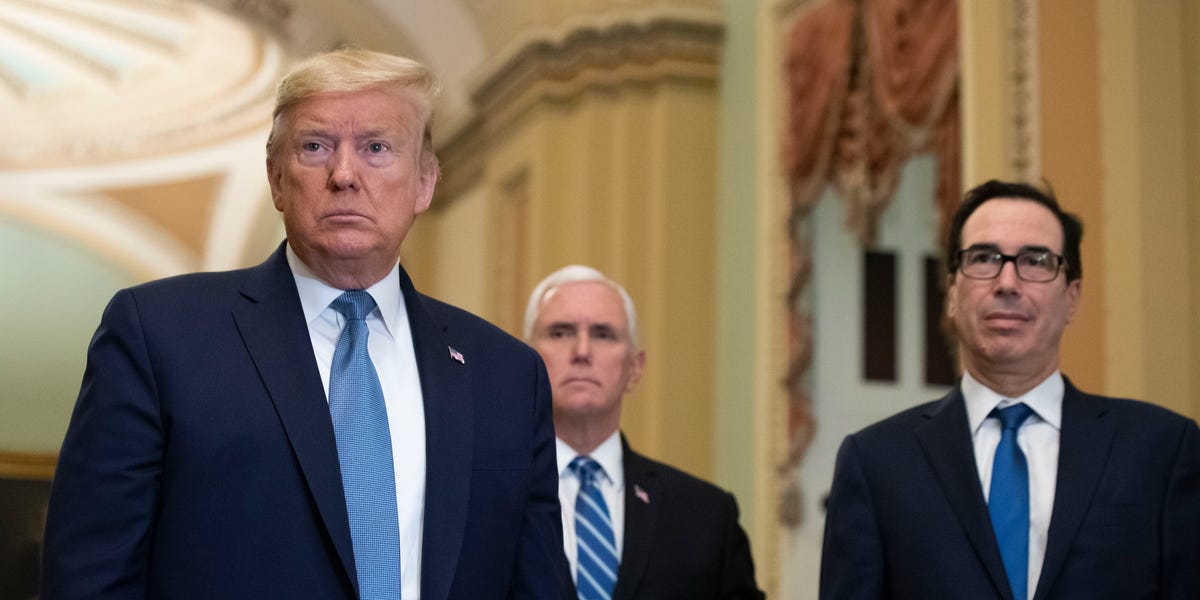 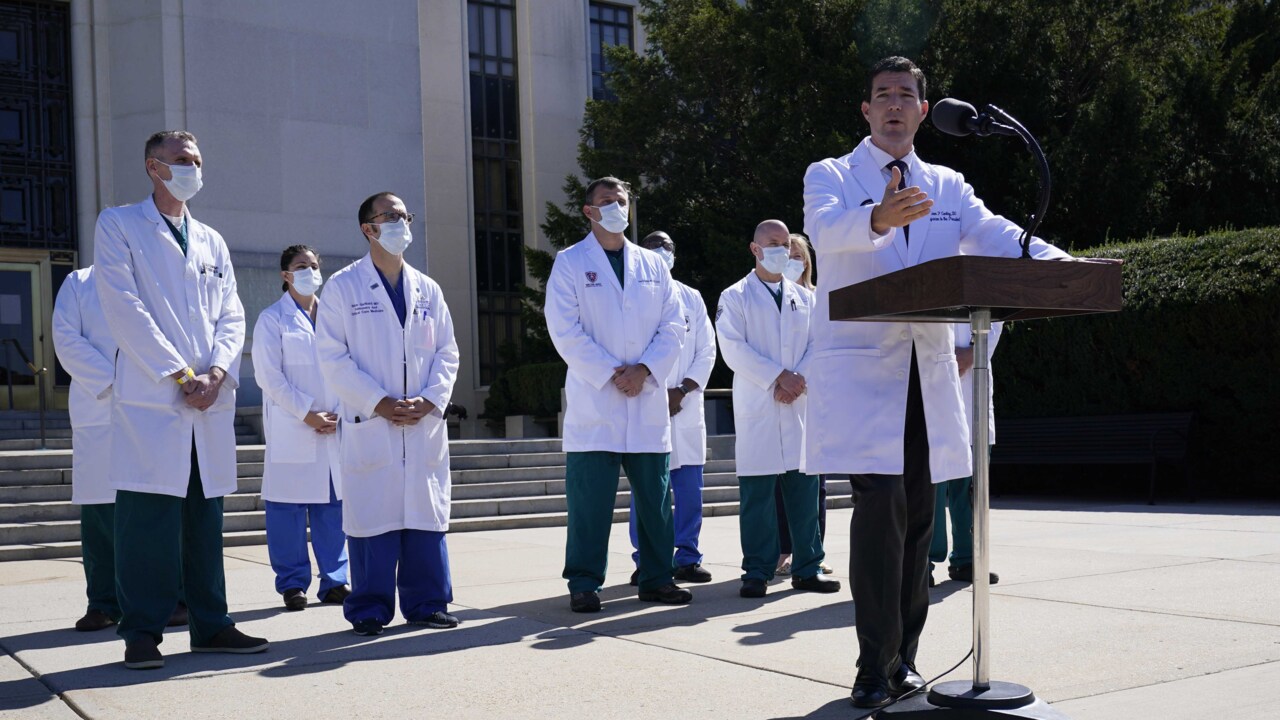 Trump struggles to project a sense of normalcy after canceled debate