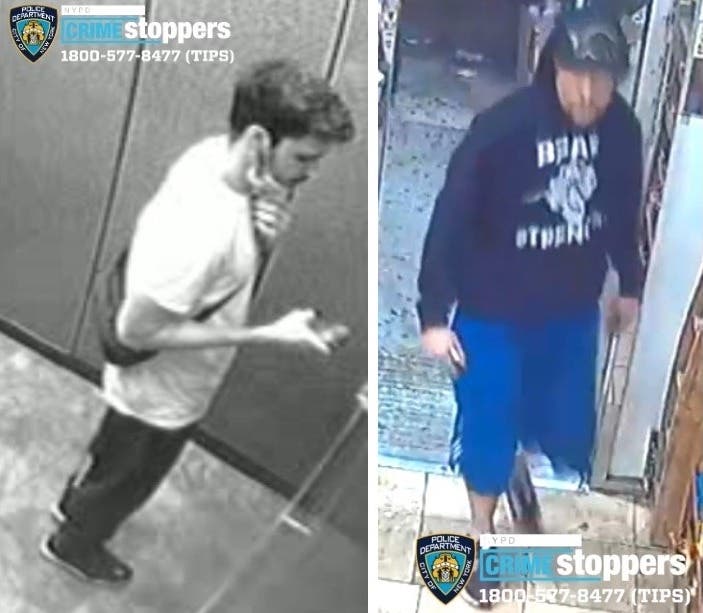 HELL’S KITCHEN, NY — Police appealed to the public Tuesday for help finding suspects in two separate stabbings in Hell’s Kitchen, one of which left a man dead.

The victim, identified as Terrell Wigfall, was brought to Mount Sinai West Hospital, where he died from his injuries on Sept. 16. Wigfall had been a promising basketball player at Bronx Community College before apparently leaving the team last year, the New York Post reported.

The suspect, identified as Tammuz Darbasie, ran into the Clinton Towers after the stabbing, according to police. Authorities are seeking Darbasie, described as 6 feet tall and 140 pounds, last seen wearing a white shirt, black sweatpants and black sneakers, and known to frequent the neighborhood.

The second incident happened around 11:42 p.m. last Wednesday, Sept. 23, when an unidentified man stabbed a 42-year-old man in the back during an argument in front of 748 10th Ave.

The victim was hospitalized in stable condition, while the suspect fled north on 10th Avenue, police said. Authorities described him as a Hispanic male, 5 feet 5 to 6 inches tall, last ween wearing a dark baseball cap, a black hoodie, blue sweatpants and black sneakers.

House Hunting in Chile: A Bright, Modern Villa in the Andes for $1.3 Million

House Democrats won’t vote on $2.2T plan to give Pelosi and Mnuchin more time to crack a deal