The Department of the Interior will not name a new acting director to lead the Bureau of Land Management (BLM) after it’s leader was ousted by a federal judge, top officials told employees in an email obtained by The Hill.

Instead the job will be left to Interior Secretary David Bernhardt.

A Montana-based U.S. district judge on Friday ruled William Perry Pendley, the controversial acting director of BLM, “served unlawfully … for 424 days” and enjoined him from continuing in the role.

The decision was in response to a suit from Montana Gov. Steve Bullock

A Wednesday email makes clear that Interior will not be placing the top career official in charge of the nation’s public lands agency, as its department manual dictates.

“I understand there may be some questions about the ruling on Friday regarding William Perry Pendley’s leadership role at the Bureau of Land Management,” Principal Deputy Assistant Secretary Land and Minerals Management Casey Hammond wrote in an email to BLM staff.

“Secretary Bernhardt leads the bureau and relies on the BLM’s management team to carry out the mission. Deputy Director for Programs and Policy, William Perry Pendley, will continue to serve in his leadership role.”

Judge Brian Morris, an Obama appointee, ruled Friday that Interior and the White House improperly relied on temporary orders far beyond the 210 days allotted in the Federal Vacancies Reform Act while also violating the Constitutional requirement to seek approval from the Senate.

“The President cannot shelter unconstitutional ‘temporary’ appointments for the duration of his presidency through a matryoshka doll of delegated authorities,” he wrote.

Pendley has sparked controversy over the course of the year he has led BLM due to his long history opposing federal ownership of public lands as well as comments he has made questioning climate change and the Black Lives Matter movement.

Hammond’s email includes a statement from Interior solicitor Daniel Jorjani making clear that the department will appeal as Bernhardt shepherds the BLM.

“The Department of the Interior believes this ruling is erroneous, fundamentally misinterprets the law and unreasonably attempts to up-end decades of practice spanning multiple presidential administrations from both parties. Nevertheless, the Department will comply with the Court’s Order, while we move forward with an appeal and review all other legal options,” Jorjani wrote.

Putting Bernhardt at the helm of the agency appears to comply with the court order from Morris.

But Hammond also includes two memos written under the Obama administration that say the highest career-level position within the BLM, the deputy director for operations position currently held by Michael Nedd, should lead the department in the case of an absence before the policy director role filled by Pendley.

Aaron Weiss, deputy director of Center for Western Priorities, a public lands watchdog group, has long argued Interior is centralizing too much power in the Office of the Secretary when many decisions should fall to high-ranking career officials.

“[Bernhardt’s] centralized all decisionmaking authority in his office in D.C. so no land management decisions can be made by career officials that know what they’re doing,” he previously told The Hill.

CCAGW PAC Endorses Kansas Rep. Roger Marshall for Senate, and Reps. Ron Estes and Steve Watkins for Re-election to the House of Representatives ‘It Came Down to What I Could Make at My Kitchen Table’: Amy Sherald on Experimenting With a New Medium for the First Time in Decades 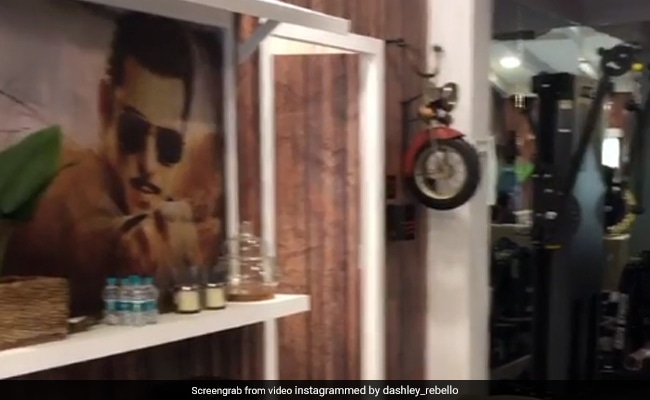 Inside Salman Khan’s Luxurious Chalet With An Outdoor Garden Trump says he is feeling well, still at Walter Reed with covid-19