WASHINGTON — The House of Representatives passed a $2.2 trillion Covid-19 relief bill Thursday night as negotiations between the administration and Democrats have failed to yield a bipartisan deal and the time to pass new relief measures ahead of November’s election ticks away.

The measure passed 214-207. No Republicans supported it and 18 Democrats voted against it. Nearly all of the Democrats who voted against the bill are locked in close re-election races.

“Today’s package is another partisan exercise that will never become law,” Rep. Abigail Spanberger, D-Va., said in a statement about why she voted against it. “My focus remains on working with Democrats and Republicans to get relief to my district immediately, and partisan gamesmanship will not do it.”

The legislation, known as Heroes 2.0, is a scaled down version from the Heroes Act, which the House passed in May.

Late Thursday, Pelosi told reporters in the Capitol that she spoke to Mnuchin multiple times Thursday but that there was no deal yet.

Asked if one was possible, she said, “I don’t know. It just depends.”

She said that the details matter just as much as how many dollars are being spent, which is an indication that they could be further along in negotiations than they are letting on.

According to two sources briefed on the negotiations earlier Thursday, Mnuchin has offered Pelosi a total spending level of $1.62 trillion, up from the $1.5 trillion he had previously suggested.

Inching closer to Pelosi’s demands, Mnuchin agreed to $250 billion more spending for state and local efforts — something President Donald Trump has previously objected to — as well as $150 billion more for the nation’s schools, $75 billion more for testing and tracing efforts, $60 billion for rent and mortgage assistance and $15 billion in food assistance. The details of the offer were first reported by Roll Call.

But on many issues, that offer was still short of what Democrats are demanding.

Mnuchin has also not agreed to re-upping the $600 per week in federal unemployment insurance, offering a level of $400 per week instead, creating a major sticking point for any deal.

“That’s why we not only have a dollars debate,” Pelosi said earlier Thursday, “we have a values debate. Still, I’m optimistic.”

Mnuchin’s proposals are largely similar to those made by the Problem Solvers caucus, a bipartisan congressional group. Rep. Hakeem Jeffries, D-N.Y., praised the move, saying, “to the extent Secretary Mnuchin has indicated that he will use the Problem Solvers proposal as a basis for any counteroffer actually brings us much closer to an agreement than we’ve ever been.

Even if a deal is reached between Pelosi and Mnuchin, it’s unclear what Senate Republicans would do with a bill or how it would be received by President Donald Trump.

White House chief of staff Mark Meadows has notably been absent in the negotiations. Meadows has been more pessimistic and more resistant to reaching consensus with Pelosi in the past.

Pelosi and Mnuchin met in person for the first time in weeks for 90 minutes on Wednesday. But Pelosi appeared to remain skeptical about a deal on Thursday, pointedly reminding other Democratic leaders on a call that they are negotiating with Republicans who “don’t share our values,” according to a source familiar with the call.

Pelosi sounded “frustrated” and “fired up” in describing the current state of negotiations, according to the source, who said that Republicans “need to make significant movement in the next few hours” in order to get a deal done, adding, “and that’s hard to see.”

The resumption of the negotiations come as pressure on members of both parties has grown ahead of Election Day and rank-and-file Democrats have been pressuring Pelosi to get a deal done.

Haley Talbot is an associate producer in the NBC News Washington bureau.

Garrett Haake is a Washington-based correspondent for MSNBC. 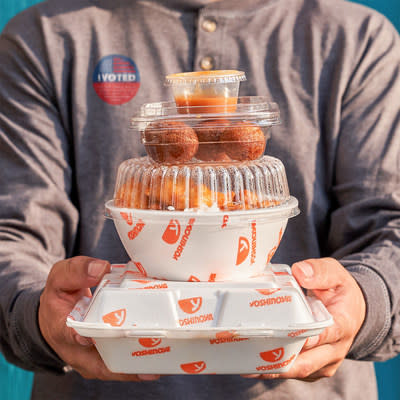