House Democrats will hold off on a planned vote Wednesday night on their $2.2 trillion stimulus proposal to allow more time for bipartisan negotiations in a last-ditch effort to reach a deal just weeks before Election Day. House Speaker Nancy Pelosi and Treasury Secretary Steven Mnuchin are still far apart, however, as negotiations continue, according to four sources briefed on the talks.

Despite optimistic words from Pelosi and Mnuchin, sources briefed on the talks said that reaching an agreement with the backing of Senate GOP leaders and the White House remains a tall order.

But for now, the two plan to continue to talking, with House Democrats delaying a vote on their own plan to create room for the two sides to come closer to a deal on Thursday.

Still, the topline cost of a final package — which had been the defining hurdle throughout weeks of inaction — has narrowed, the people said, with Mnuchin’s proposal running above the $1.5 trillion that the Trump administration had signaled it was open to in the talks. But it remains short of the current $2.2 trillion House Democratic proposal — and it’s far more than what Senate Republicans are willing to accept given that their conference united around a $500 billion proposal.

More importantly, the people said, the actual details of the various pieces remain far from ironed out, with issues like funds for state and local governments and the shape of liability protections still nowhere near agreement.

Mnuchin told Fox News Wednesday night that President Donald Trump had instructed him and White House chief of staff Mark Meadows to significantly increase the amount of money in a White House proposal, however, he would not say if there’s a magical number that would lead to a deal.

Mnuchin said he would most likely speak with Pelosi again Wednesday night but he didn’t think there would be significant progress until Thursday, when the two sides plan to continue the conversation to try and add details to the talks and narrow differences. “We’re gonna go back and do a little bit more work,” Mnuchin told reporters as he left the Capitol Wednesday. “We’ve made a lot of progress in a lot of areas.”

Time is running out, however, to strike a bipartisan deal before Election Day and pressure is running high, with lawmakers facing questions from constituents in need amid the economic and public health fallout from the pandemic.

Earlier in the day, Pelosi had said that Democrats would press ahead with a vote Wednesday night following a 90-minute meeting with Mnuchin but that the bipartisan talks would continue.

“Today, Secretary Mnuchin and I had an extensive conversation and we found areas where we are seeking further clarification. Our conversations will continue,” the California Democrat said.

Later, though, a Democratic leadership aide said that there will be no vote Wednesday on the Democratic stimulus bill and that the plan is now to vote Thursday.

Senate Majority Leader Mitch McConnell made it clear how difficult the task of reaching a bipartisan agreement will be, saying Wednesday, “We are very, very far apart,” when asked by reporters about a path to a deal.

Earlier this week, House Democrats released an updated version of the Heroes Act — a roughly $3 trillion aid bill that House Democrats passed amid opposition from Republicans in May — with the smaller price tag.

House Majority Leader Steny Hoyer told reporters on Wednesday that lawmakers have a “responsibility to act” on coronavirus relief — and that if the House passed the latest Democratic stimulus proposal on Wednesday afternoon, it wouldn’t necessarily mean negotiations with the Trump administration were over.

Hoyer said Democratic leaders are prepared to bring members back from campaigning at home for a vote on a deal if it materializes later than this week. He told members Wednesday morning to “keep their schedules flexible.”

House Democratic leaders have teed up the bill in case talks fall apart, as has happened repeatedly over the course of the last few months, amid pressure from frontline Democrats who want to show they are taking action to address pandemic-driven economic shortfalls in the weeks before the election.

Mnuchin, on CNBC on Wednesday, had said he and Pelosi were “going to give it one more serious try to get this done. We’re hopeful.”

This story has been updated with additional developments Wednesday.

Five Ways The Pandemic Has Influenced Interior Design Trends In 2020 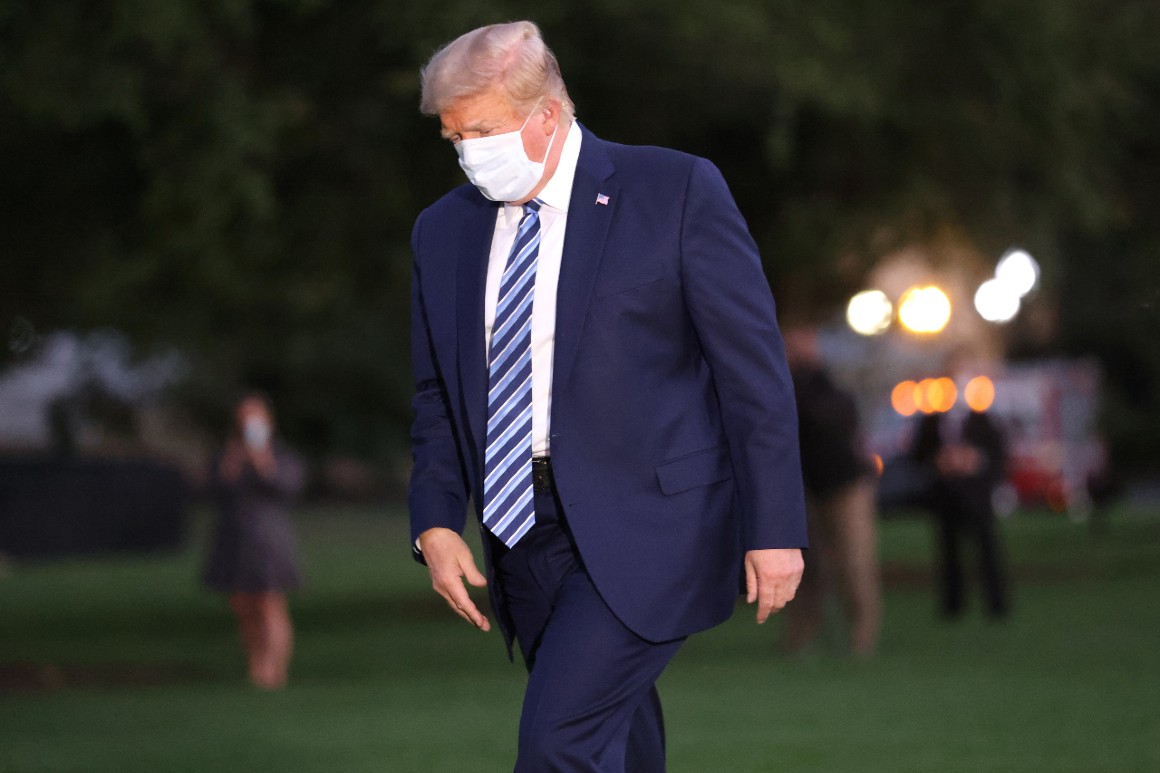 Trump returns to White House and removes mask despite having Covid