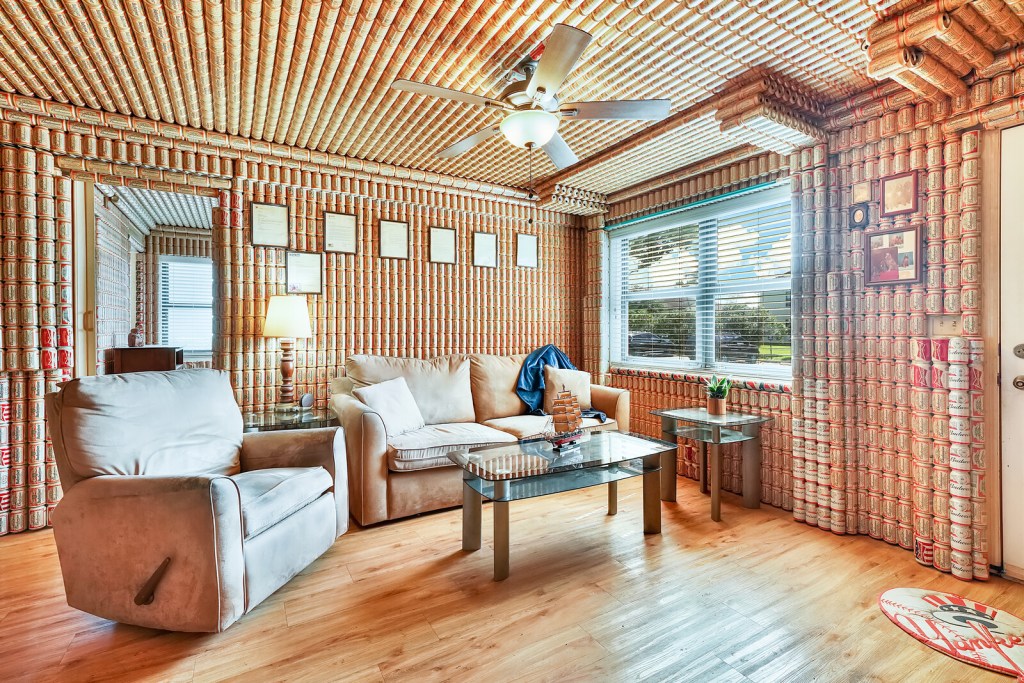 You might be amused. You might be aghast. But you will not be the same after reading about the King of Beers condo. I wasn’t.

In a tribute to his best Bud, the owner had covered the walls and ceilings of his residence with Budweiser cans. The beholder of the beverage-inspired vision, Mike Amelotte, died in June at age 69 of cancer. His condo went up for sale six weeks ago.

I had to see the pictures. Then I had to get the scoop: Who was this guy? Was this a getaway or a full-time residence? What did it smell like? And why didn’t he just get kegs?

A U.S. Navy veteran, Amelotte later worked as a pool man and a waiter. He bought the two bedroom, 815-square-foot condo in 1986, and lived there full time. And his custom décor idea began to brew in 1990.

According to his close friend Kris Johnson, Amelotte had a towering stack of Budweiser cans on his dining table. Rather than squire them to the recycle bin, he told Johnson that he was going use them to cover the walls. (Notably, he did not have a wife to knock him to his senses.) He finished the project 16 years later. (At least he didn’t drink all that beer at once.)

“He placed every can himself,” Johnson said. “If you dented a can, he would give you hell, and replace it.”

As Amelotte’s personal representative, Johnson took on the task of selling the man cave after his friend died. And here we are.

Listing agent Jesse Kearney, of Kearney & Associates Realty, recalls Johnson’s phone call. “I have this condo of a friend who passed away,” the caller said. “He covered the walls in Budweiser cans.”

“How did he get Budweiser wallpaper?” Kearney wondered. Then he visited the property. “As soon as you open the door, you are overwhelmed. Seeing the pictures is nothing like walking in. That’s an entirely different experience.”

I can only imagine. “Did it smell funny?” I hold my breath as I ask, though I am hundreds of miles away.

“Actually, the place smelled of cigarettes, not stale beer,” Kearney said. “He was particular about the cans’ cleanliness. After he emptied a can, he would clean it and let it dry before mounting.”

“And he mounted them, how?”

“He attached them to the walls and ceilings with caulk, and to each other with hot glue. When you take a close look, you see how much time and effort this took. The attention to detail is amazing,” he said.

Indeed, Amelotte used different sized cans to go around outlets and vents, created crown molding and oriented each can so labels faced the same way.

Though unique properties like this can be a sales challenge, Kearney priced it to factor in possible renovations costs. Anheuser-Busch, Budweiser’s brewer, sweetened the deal with this offer: “You buy it, we’ll supply it. As long as you don’t renovate.” If the new owner maintains the décor, the beer
maker will provide a year’s supply of Budweiser.

Kearney listed the place for $100,000 and got six offers. The property sold in three weeks, which just proves what my mother used to say about odd people who find love: “There’s a lid for every pot.”

Asked about the challenges and strategies for marketing unique properties, Kearney had this advice:

Play up, don’t hide, the uniqueness: “Rather than play down a unique feature that would not appeal to most buyers, we lead with it,” Kearney said. “What most people see as a defect, like deciding to make the living room floor into an aquarium, we put in the forefront. By doing so, you put the uniqueness out there so going in, buyers will know it’s there to either work around or embrace. The United States is full of eccentric people. You never know who is looking for a beer-themed condo.”

Go big or don’t go at all: Generic homes are an easier sell, but if you’re going to have a theme, go all in. I told Kearney about a home I once visited where the owners had dedicated a bedroom to their potbelly pig. “If you have a room for your pig, deck it out like a full-on barn.”

Include a fix-it bid: Be prepared in case the home’s quirks or custom features are not part of the new owner’s vision. Have a price estimate from a reputable contractor to undo the unique aspects of the home.
In this case, know what it would cost to remove (and recycle) the cans and patch and paint the walls, so buyers can factor that into their offer.

Price it right: Kearney looked at what condos in the same complex in similar condition (sans cans) were selling for. A similar condo in the same condition, that is, no upgrades from the base model, would sell for between $110,000 and $115,000. “We figured $5,000 to remove cans and restore walls and that was reflected in our asking price.” Renovated condos in the complex, where owners had upgraded cabinets, kitchens and baths, are selling for between $145,000 and $150,000. The $100,000 asking left enough room to renovate, upgrad, and still come out ahead.

That is, unless the new owner wants to be the next King of Beer condos. And then you’ve said it all. The best Prime Day home and kitchen deals of 2020 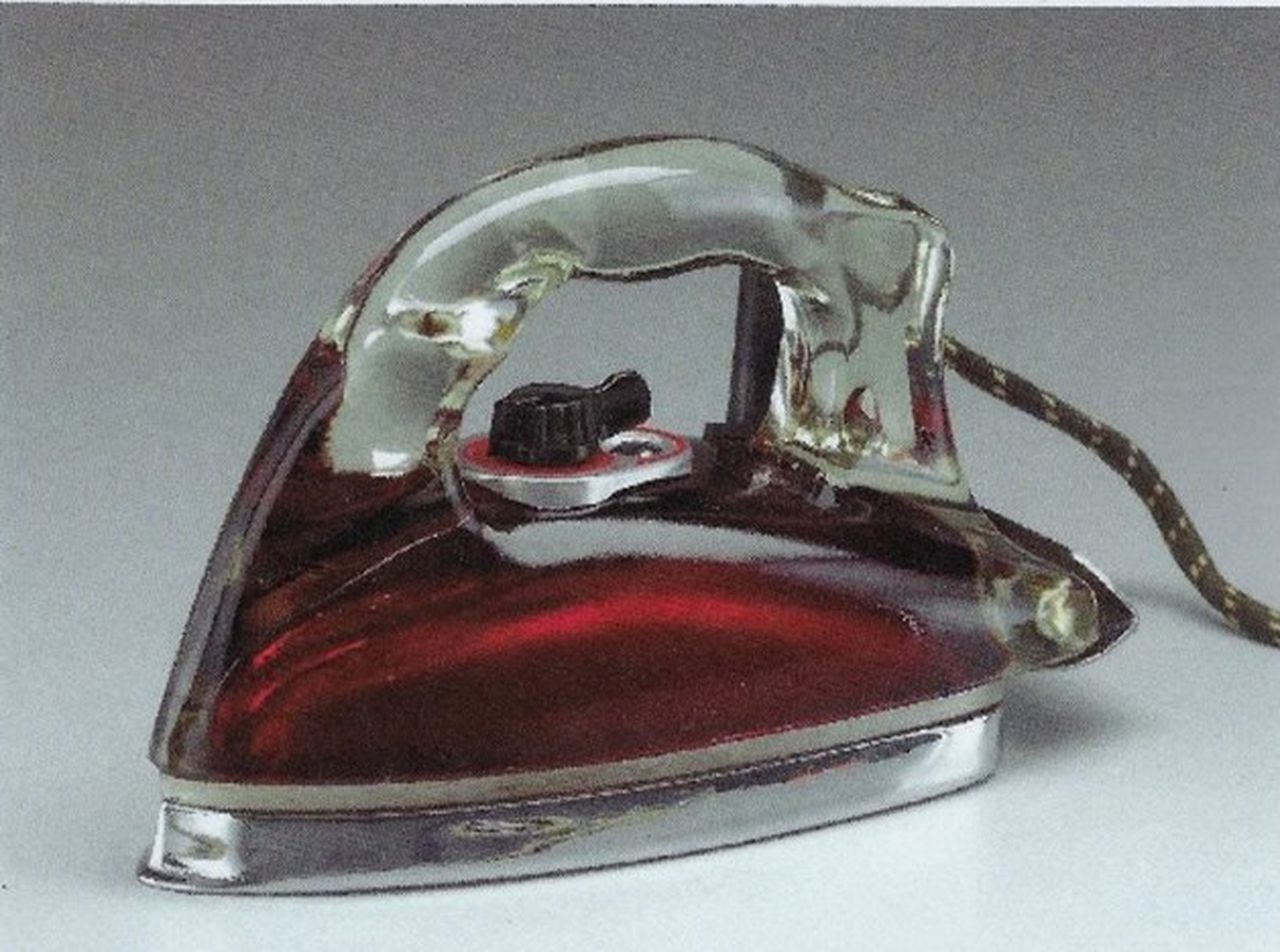 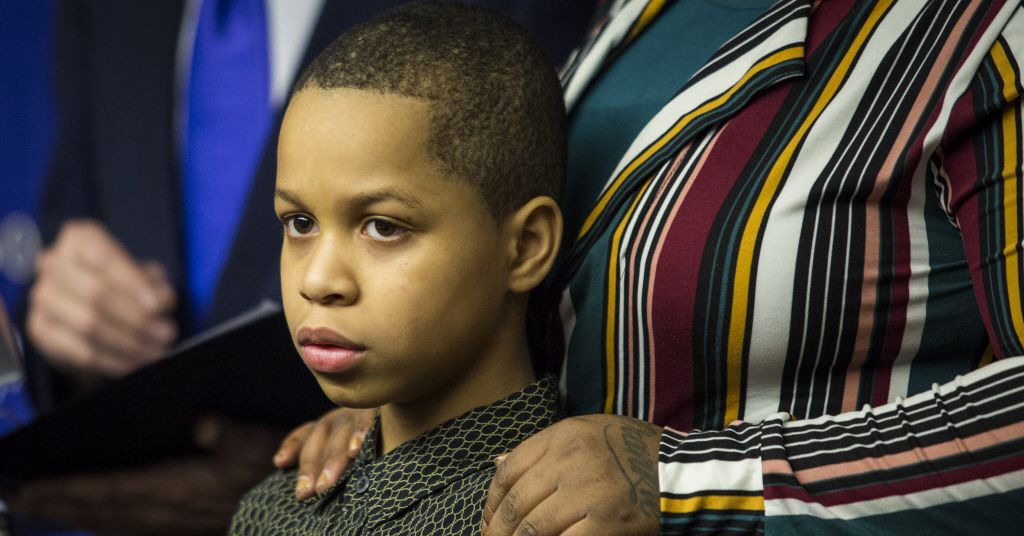